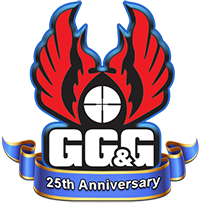 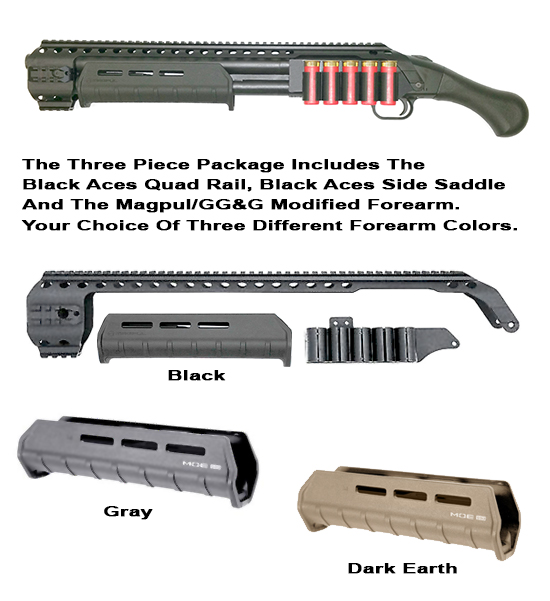 Please understand that GG&G cannot determine with any certainty or guarantee that any other products will fit without causing a malfunction of the action. It Is Critically Important That You Check This Out If You Have Installed Any Accessory!  Please be aware of this and function test your shotgun before putting it into service.

Important Safety Notice: A Vertical Grip is not intended to be installed on the slide arm or forearm of any shotgun! Installing a Vertical Grip in this manner is extremely dangerous and could cause bodily injury or death!!! In addition, if you damage the bottom of the forearm by installing a Vert Grip it will not be warrantied by GG&G or Magpul.

If You Only Need The GG&G Modified Magpul Forearm For Your Black Aces Shockwave Quad Rail, We Have One Here!!!  Looking for other Mossberg Accessories?  Find Them Here!

The Three Piece Package Includes A Magpul 590 Forearm That Has Been Modified By GG&G to Fit The 12ga Mossberg Shockwave With The Black Aces Quad Rail. It Will Not Fit The Shockwave 7 Shot Model. Magpul Forearm Available In Black, Gray And Dark Earth. 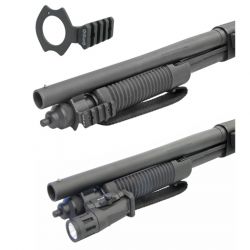 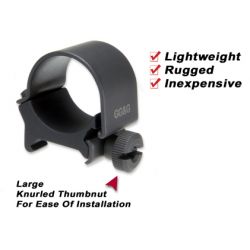 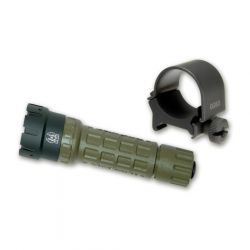 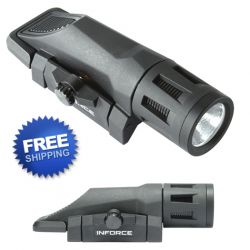 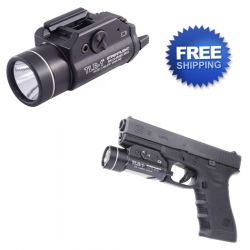 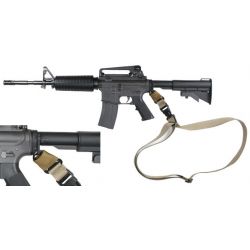 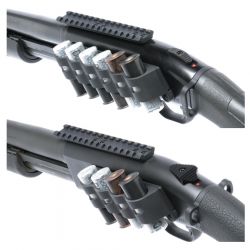