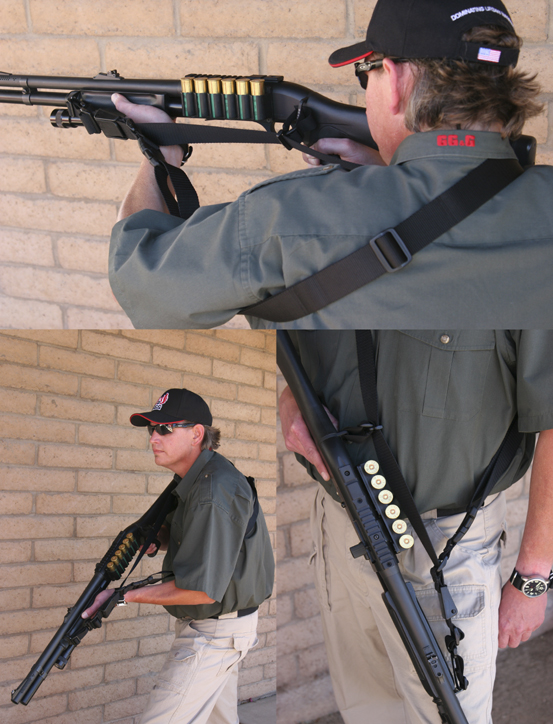 What's In The Kit?
GGG-1104 #139 SOP Universal Sling, Black With ERB: This package includes the Universal SOP Sling with TRB and ERB for standard rifle or shotgun length weapons. No adapters are provided. Fits weapons with existing side mounted sling loops.

When we designed the SOP sling our intent was to produce the ultimate tactical patrol sling design, incorporating every positive feature suggested to us by end users as well as addressing, and solving, every negative issue relating to conventional 3 point sling designs we identified.

Since it's introduction into the marketplace, the SOP Sling has been called the next evolutionary step in 3 point tactical sling design. To begin with 1.5" wide webbing is used for the sling strap. The purpose of the 1.5" width is to better distribute the weight of the weapon.

The next feature has to do with how the sling attaches to the weapon. We feel that a good sling design should work with the weapon, not against it. Conventional 3 point slings that are solidly attached to the side of the weapon don't hang well in anything but the "Off Side Drop" carry mode and have a tendency to bind up and limit efficient movement of the weapon during positional shooting. So, for the SOP Sling, we chose flexible 1" attachment straps to be used at each end of the sling to interface with the mounting adapter sling loops or sling swivels. The 1" straps move, shift and conform within the sling loops to allow the SOP Sling to move more efficiently with the weapon thus enhancing free movement of the weapon and allowing the weapon to hang in a more vertical orientation while being used in the Military Patrol Ready mode.

Another feature is the ability for this sling to be set up for left or right handed operators. All of our SOP mounting adapters (If applicable) are set up with right and left hand mounting points. With the attachment strap feature it's a simple matter to attach the sling to the mounting adapters for use on either side. So, there is no right or left hand specific version necessary. The adapter strap feature also allows the user the flexibility to experiment with user specific custom mounting solutions.

Those are all great features. However, the feature that sets this sling apart from any other is the Transition Release Buckle (TRB). The TRB allows the sling to be quickly and efficiently extended to instantly create slack that allows for easy left/right shoulder transitions. This feature addresses a common complaint associated with conventional 3 point tactical sling designs. With those types of slings it's very difficult, if not impossible in some cases, to execute a cross shoulder transition. This creates a serious problem in an urban environment.

hen we designed the SOP sling our intent was to produce the ultimate tactical patrol sling design, incorporating every positive feature suggested to us by end users as well as addressing, and solving, every negative issue relating to conventional 3 point sling designs that we had identified.

When the time comes to re-lock the TRB, it can done so quickly, silently, and with just one hand needed, allowing the shooter to maintain a constant firing grip on the weapon. The TRB can also be locked in wherever the shooter finds it comfortable. This feature allows for convenient expansion and contraction of the sling's body loop as the operator's mission profile changes and more, or less, load bearing equipment is worn.

Should you require the ability to completely release the sling from your body, the Emergency Release Buckle (ERB) feature is available on this sling as an optional feature. We've deliberately designed the sling to use two completely different buckle designs for the TRB and ERB features to avoid any confusion between the two features.

As with our other slings, our SOP Slings use the highest quality materials and are stitched on heavy duty industrial machines using mil-spec #69 nylon thread. Realizing the needs of our end users we ensure strict quality control standards and have over engineered these slings to deliver long term performance under harsh conditions.

Will Fit The AR-15, AR-10, And Tactical Shotguns Equipped With Side Mounted Sling Attachments 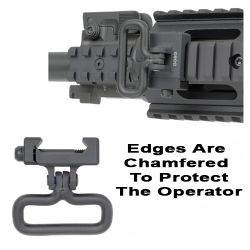 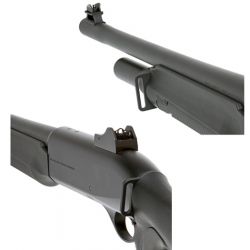 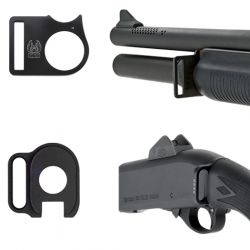