MAD Back Up Iron Sight-FREE SHIPPING 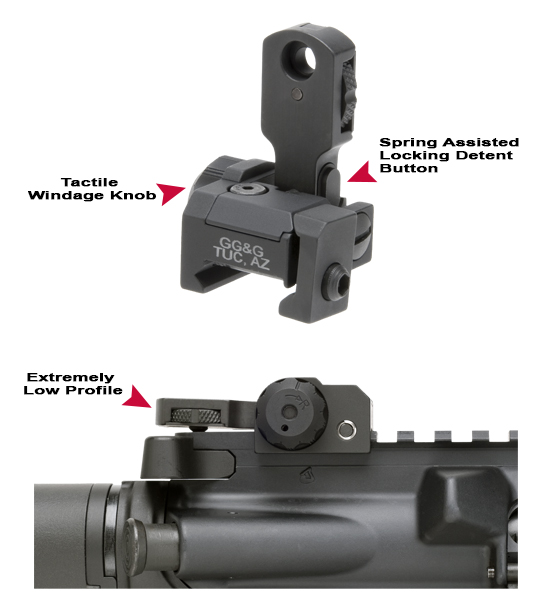 The GG&G MAD (Multiple Aperture Device) BUIS (Back Up Iron Sight)) was originally developed to fulfill a request from Naval Surface Warfare for a battle-ready, low profile back up iron sight system that provided both a large and small aperture on the same plane, as well as providing a co-witness capability with the majority of red dot optics. The MAD is the lowest profile locking detent BUIS offered, and is used by elite armed forces and law enforcement teams worldwide.

MAD Back Up Iron Sight Specifications: 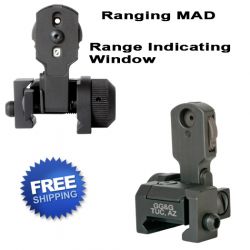 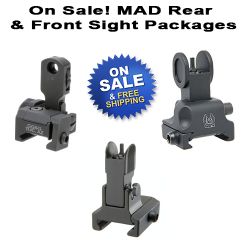 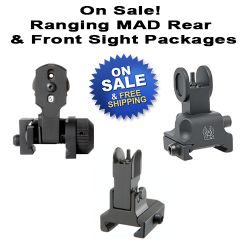 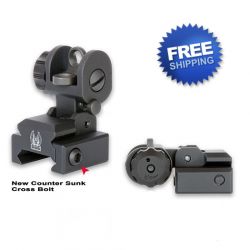 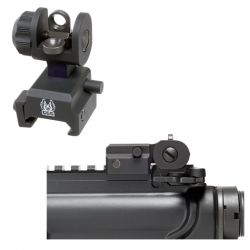 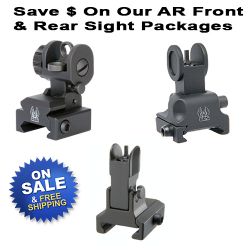