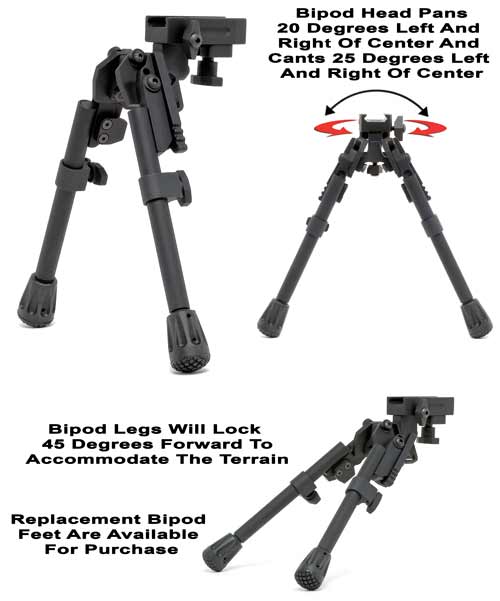 We have been asked by our customers to develop a new Extreme Duty Bipod that had all of the standard features of the XDS Bipod that we supply to the United States Military--along with a few more special features. Specifically; a head that pans or swivels, provide a system that would allow the bipod legs to lock forward at a 45 degree angle for difficult terrain, and provide rubber feet that would grip more surfaces and be replaceable. We listened, and are now producing the GG&G XDS-2 Tactical Bipod with those specific additional features and a few more.

This GG&G Bipod Has Both Panning And Canting Capability. 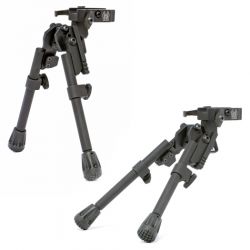 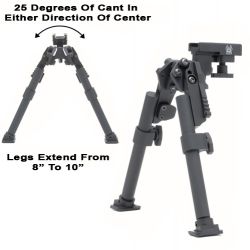 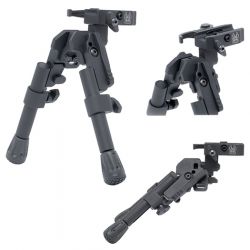